As NATO in Chicago continues, so do the protests.  Streets are closed along Lake Shore Drive, Congress, and Michigan Ave as protestors take to the streets waving flags,  chanting, and defying the police.  The city had a post-apocalyptic feel to it as residents and tourists alike tried to avoid the downtown area.  Plows lined Balbo Ave from the train tracks beyond Lake Shore Drive past the bike trains to the lake itself. Dressed in riot gear, police, horses and K-9s were prepared to handle any situation that were to arise.  For every civilian walking the street, there was at least one representative of law enforcement from either Chicago Police, State troopers, Secret Service, or private security.

Congress was shut down to traffic as protestors took to the streets. 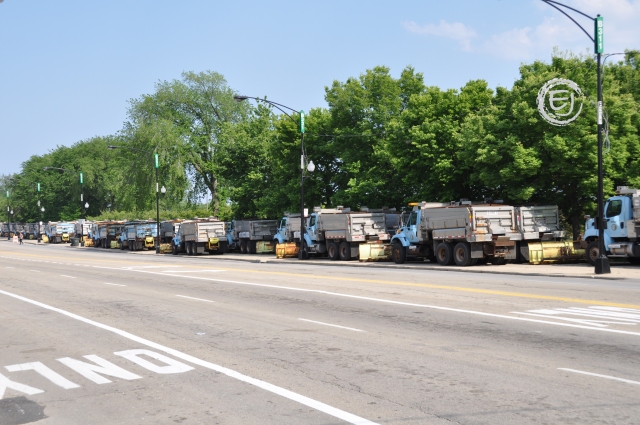 Plows lined Balbo from the railroad tracks to the lake. 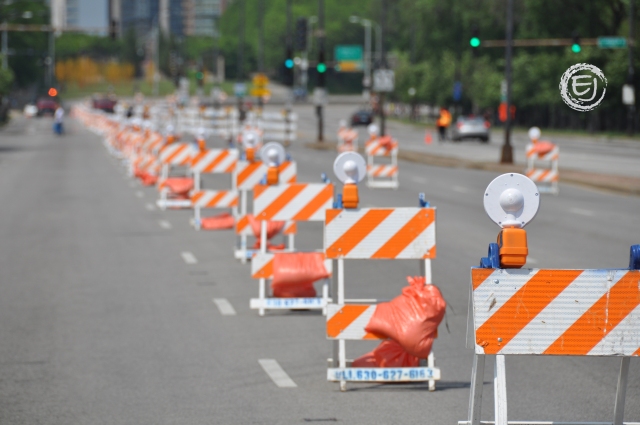 Lake Shore Drive closed to Southbound traffic after Balbo and down to one lane from Balbo to Monroe.

A Chicago Police Office stands by keeping a watch as the ralley took place prior to the protest march.

State Troopers prepare in their riot gear to take on the protestors and protect the city.

K-9 units stood with state troopers prepared for anything. 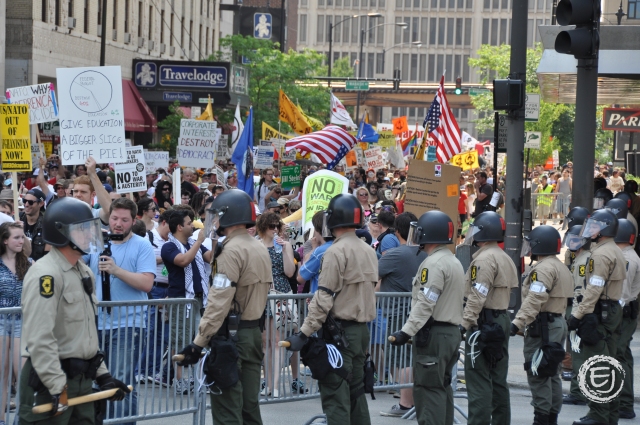 State Troopers formed a line to direct the protestors and prevented them from going north on Michigan Ave. 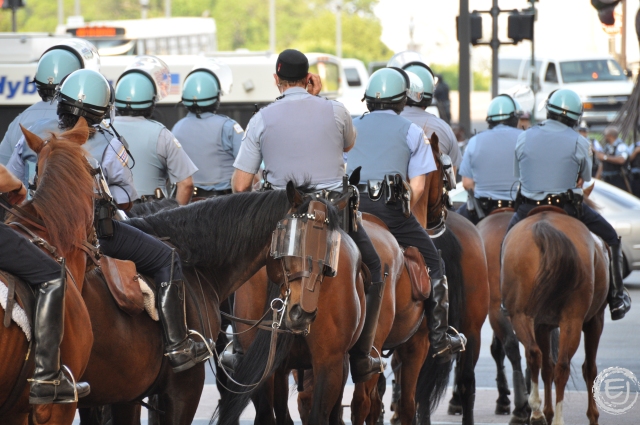 Mounted police took to the streets this weekend dressed in their riot gear following the protestors and helping to maintain a calm demonstration. 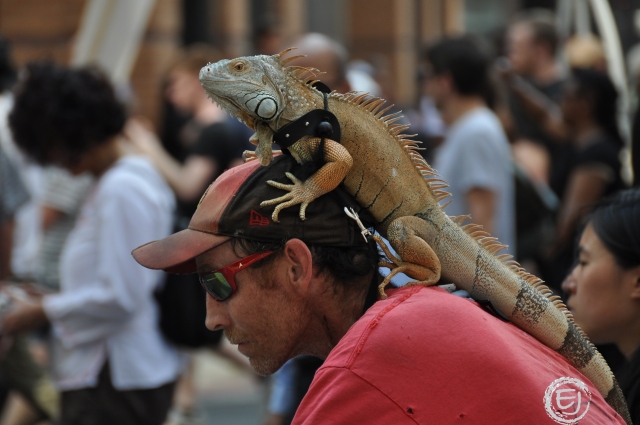 One protestor took along his iguana during the march on Sunday. 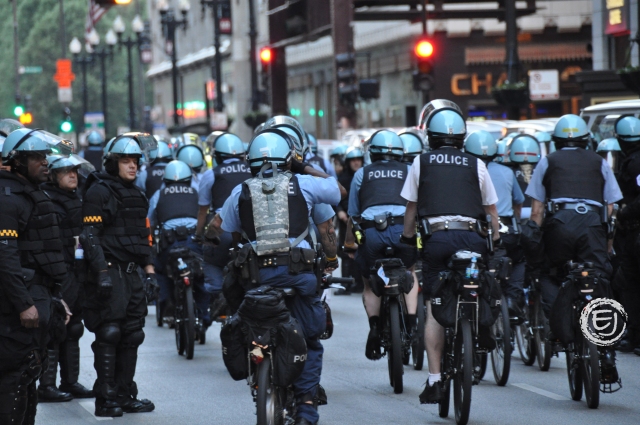 Chicago Police on bicycles followed behind the protestors keeping them in line.

Gates lined the museum campus this weekend keeping the traffic at a minimum along the bike trails leading in and around the museums.

Flags for NATO along the Michigan Ave bridge.