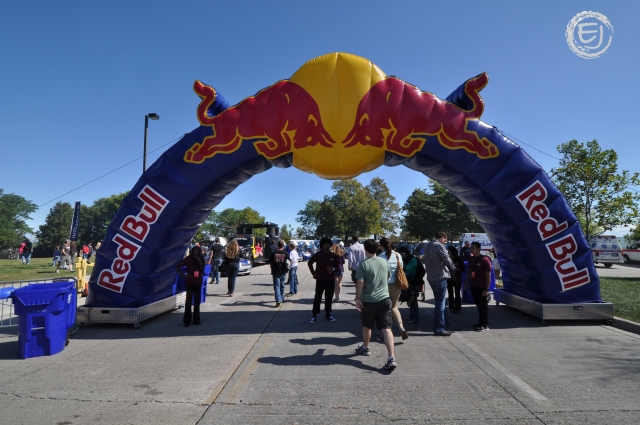 Yesterday, September 21, 2013, was National Red Bull Flugtag. Five cities hosted events: Chicago, Washington, Miami, Dallas Fort Worth and Long Beach.  This year,  for the first time, the  Chicago Flugtag took place at Burnham park.  Due to the ever changing weather in Chicago, the flugtag was delayed for about 2.5 hours, but that didn’t discourage people from showing up, staying around and supporting their favorite crafts.  Over 60,000 people showed up throughout the day.

Here are some of the awesome crafts that showed up to compete in the flugtag and their attempt at flying: 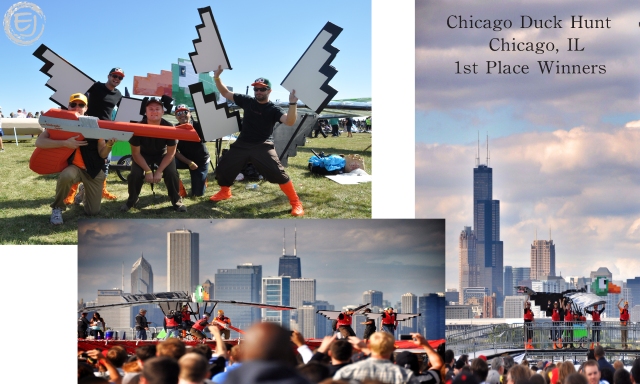 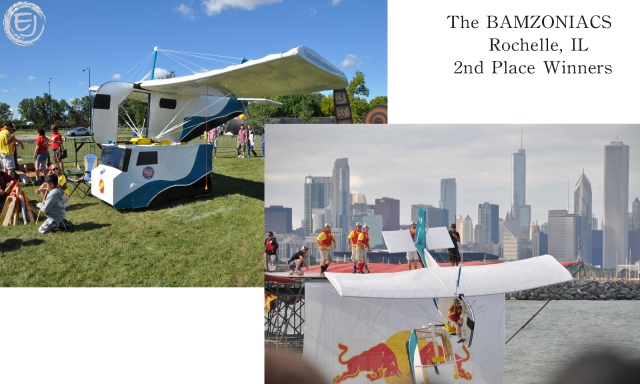 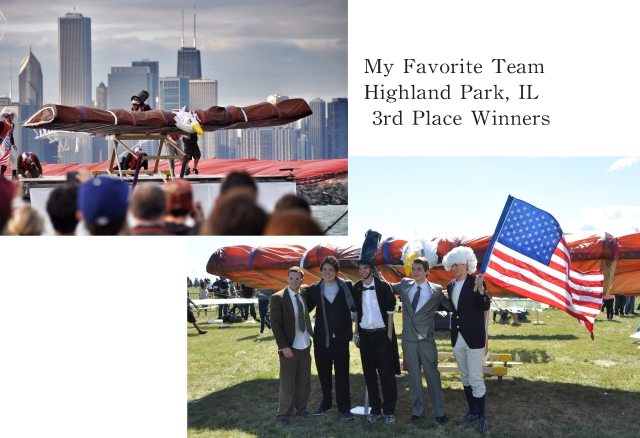 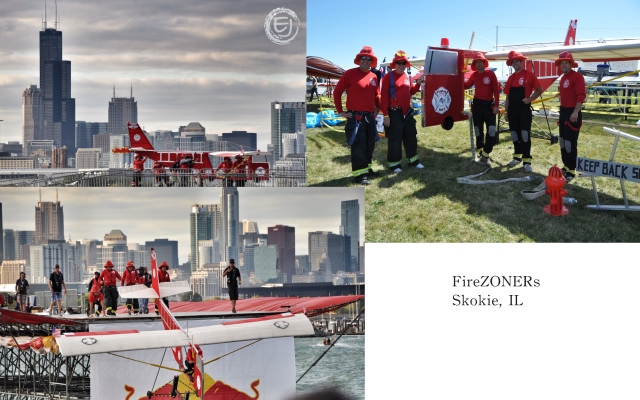 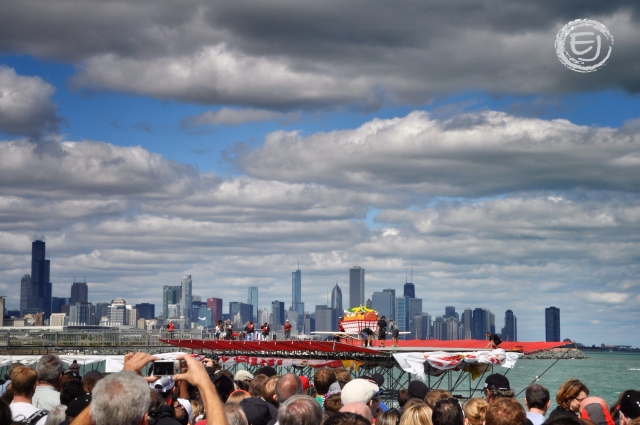 Team Shatter gets ready to take off from the flight deck. You can see the full city skyline from Burnham harbor. 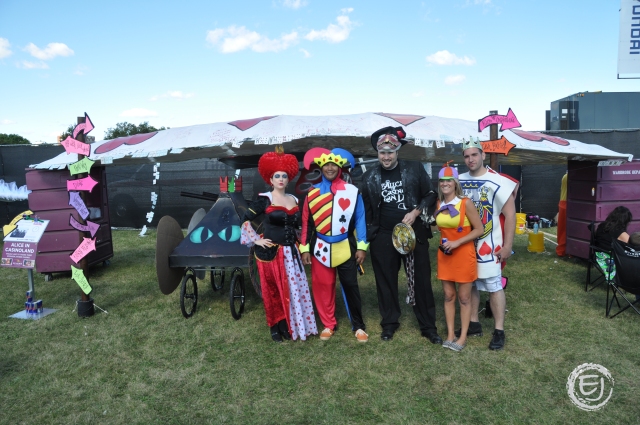 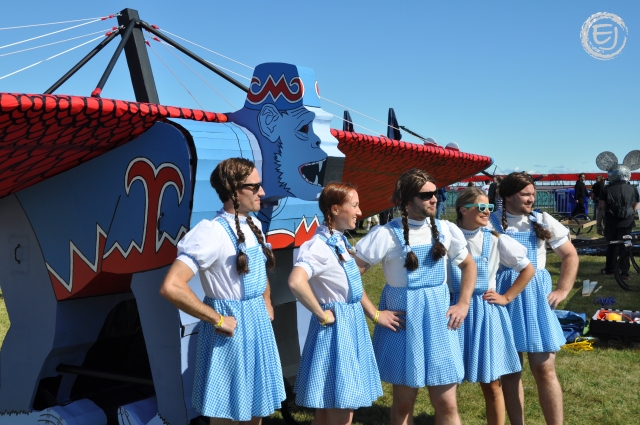 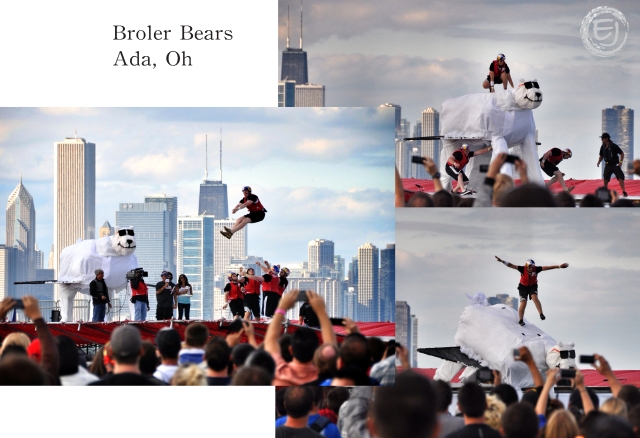 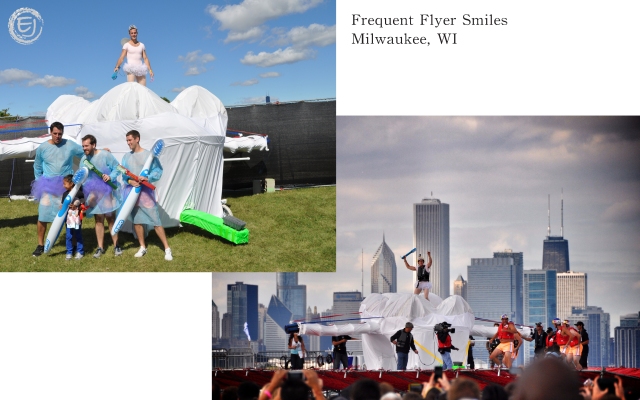