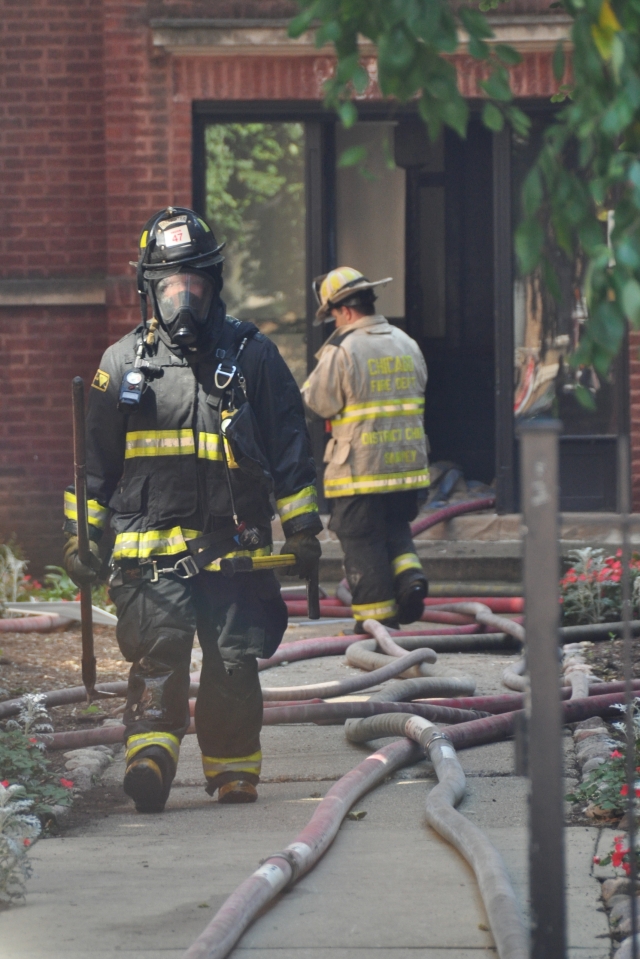 A firefighter from Truck 47 exits the building in his full turnout gear and SCBA (Self Contained Breathing Apparatus).

The fire that began just before 1:45 p.m and sent black smoke  across the  North Side. It started near a wooden stairwell behind a three-story building on the 800 block of West Cornelia Avenue. The flames soon crept up the stairwell, setting ablaze apartments from the bottom up and sending dozens of nearby residents to the street.