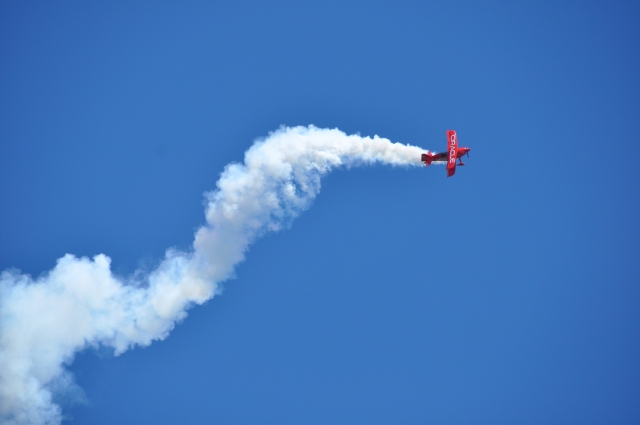 Sean’s airplane, the Oracle Challenger bi-plane, has also continued to improve each year. Sean started with a factory built Pitts Special 30 years ago and modified it each year. After reaching the limits of the Pitts, Tucker’s team designed a one of a kind airplane that could do anything that Sean asked of it. This resulted in the most high-performance aerobatic aircraft in the world, the Challenger II biplane. It is a fire-breathing monster with over 400 horsepower, weighs just over 1200 pounds and responds to the slightest pressure on the control stick even at 300 mph.

Click the logo for more information on Team Oracle.