Well, I’m sure that you have seen that I had been neglecting my blog a bit due to the fact that my summer was pretty packed with plenty to do.  But now that the weather is cooling off and my photo collection is overflowing, I’ve started to weed out some pics and post some of my favorites.

Here is the first in a series of photos I took during this really cool event hosted by the Chicago Architecture Foundation (CAF) on October 13th and 14th.  The second annual event was called Open House Chicago (OHC) which allowed architecture geeks like myself into locations that are typically off-limits to the public.  It was a free event that offered behind-the-scenes access to over 150 buildings across Chicago.  You could explore the hidden gems and architectural treasures of Chicago’s diverse neighborhoods the whole weekend.

The first location I’d like to feature is one that’s close to home.  It’s the Bridgeview Bank building at the corner of Lawrence and Broadway.  This dramatically curved neo classical building has been an icon in Uptown since the completion of its original 8 stories (designed by Marshall & Fox) in 1924 for Sheridan Trust and Savings Bank- which failed in 1931.At 8 stories, it was the second largest building in Chicago with the Wrigley building surpassing it. An additional 4 stories (Huzagh & Hill) made it soar even higher in 1928. Tribute is still shown to the original tenant with the “S” in the decorative iron entryway of the bank. Uptown National Bank began using the building in 1937, and remained there until the building was purchased by Bridgeview Bank in 2003. On October 8, 2008, the City of Chicago granted the structure Chicago Landmark status. 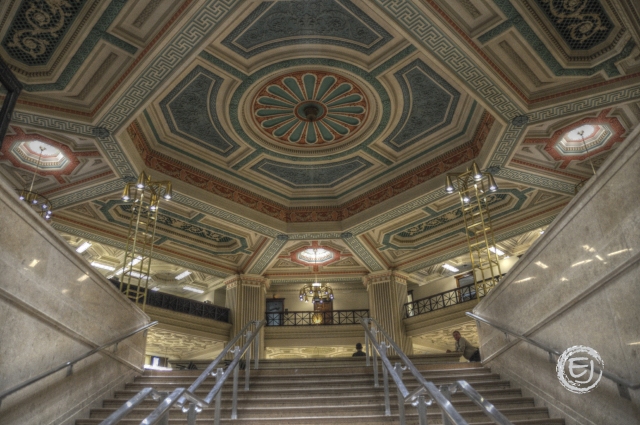 The white glazed terra cotta façade is contrasted by olive green terra cotta around the doorways and windows that looks like metalwork from a distance. The banking lobby is an open, two story tall, octagonal space with the second floor grand hall features an elaborate plaster ceiling original to the building that was restored in 1977 and painted in the original Wedgewood inspired color scheme dating back to 1924. The ceiling panels are in seven-foot wide pie shape sections and are reinforced with horsehair. The countertops are original, as are the intricate markings on the teller cages. A student of Tiffany’s designed the lamps and tables- they are the original designs and still used today. 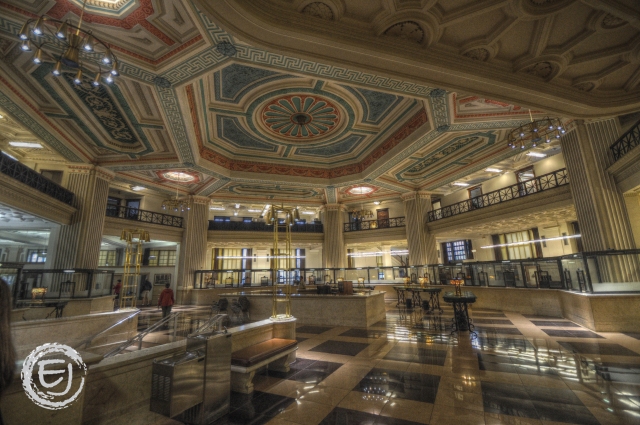 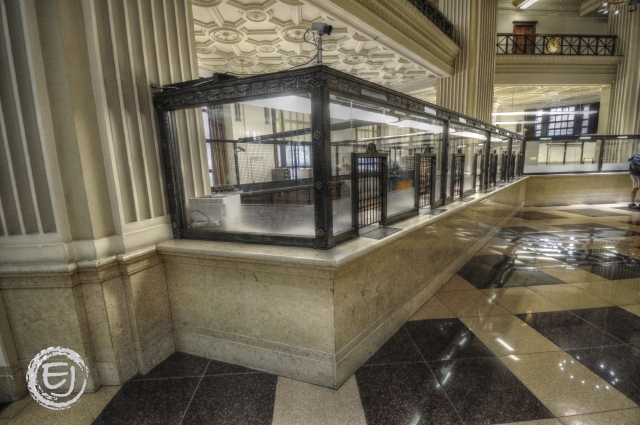 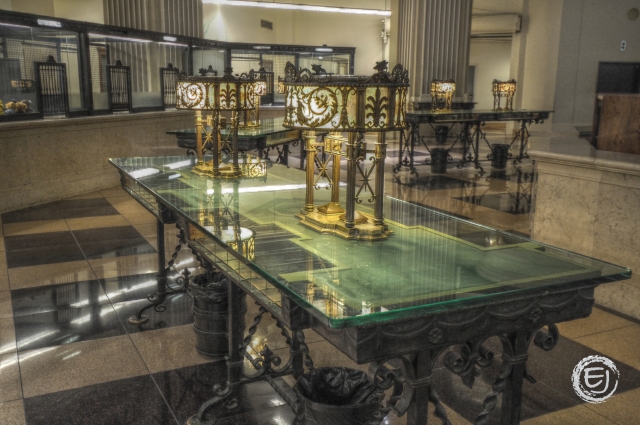 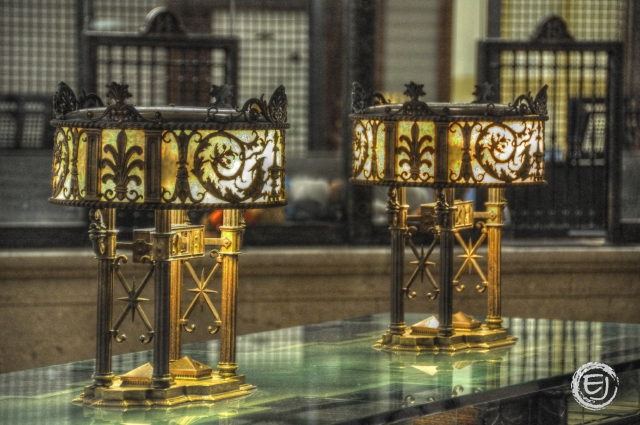 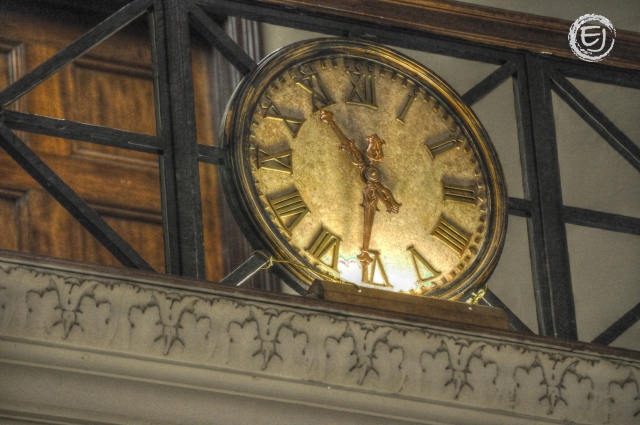 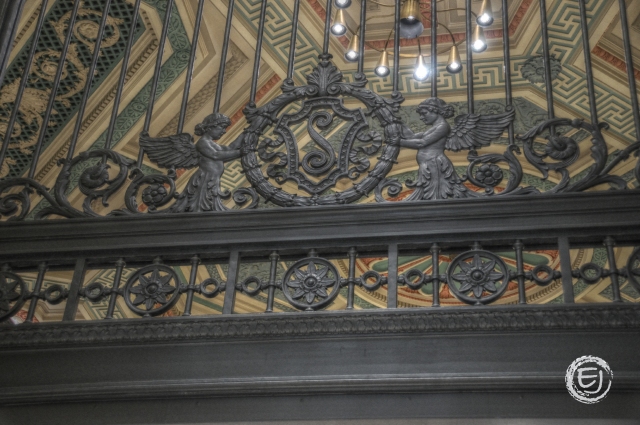 The basement contains the vault, which was the largest outside of the Loop Financial District. The vault contains more than 10,000 safety deposit boxes and is protected by two huge doors- the larger weighing in at 36 tons and the smaller door weighs 15 tons. The bank interior was showcased in the 2009 movie “Public Enemies,” starring Johnny Depp as John Dillinger. The current building owner, Bridgeview Bank, purchased the building in 2003. 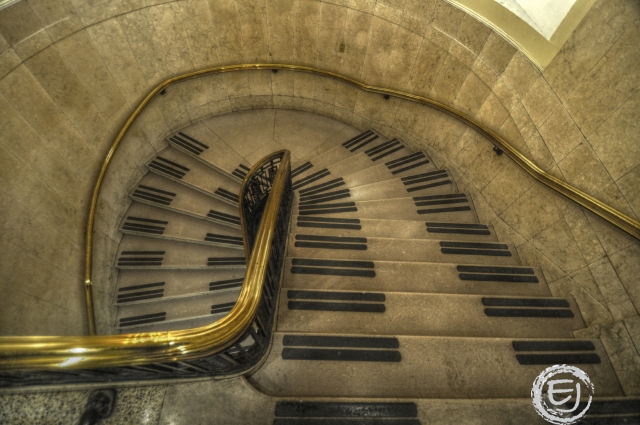 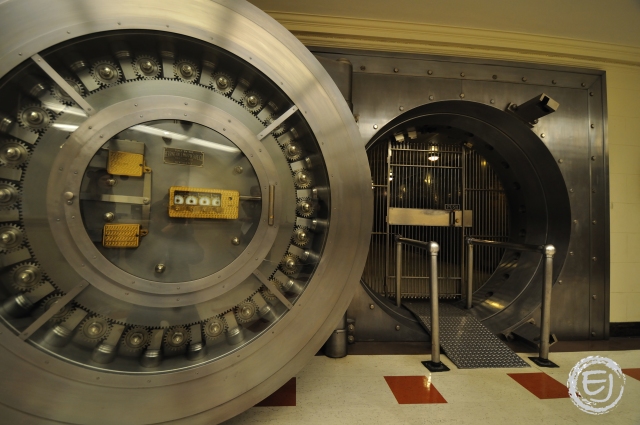 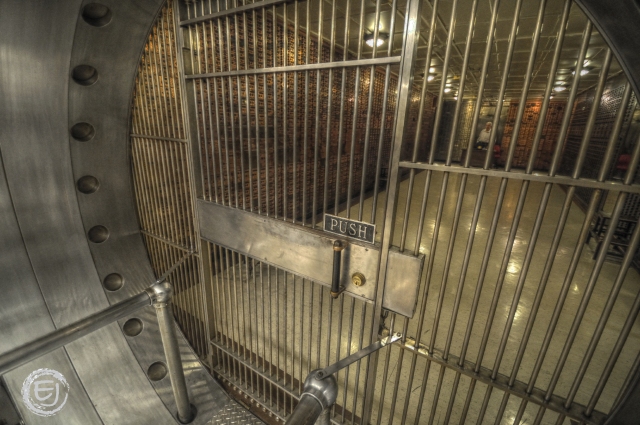 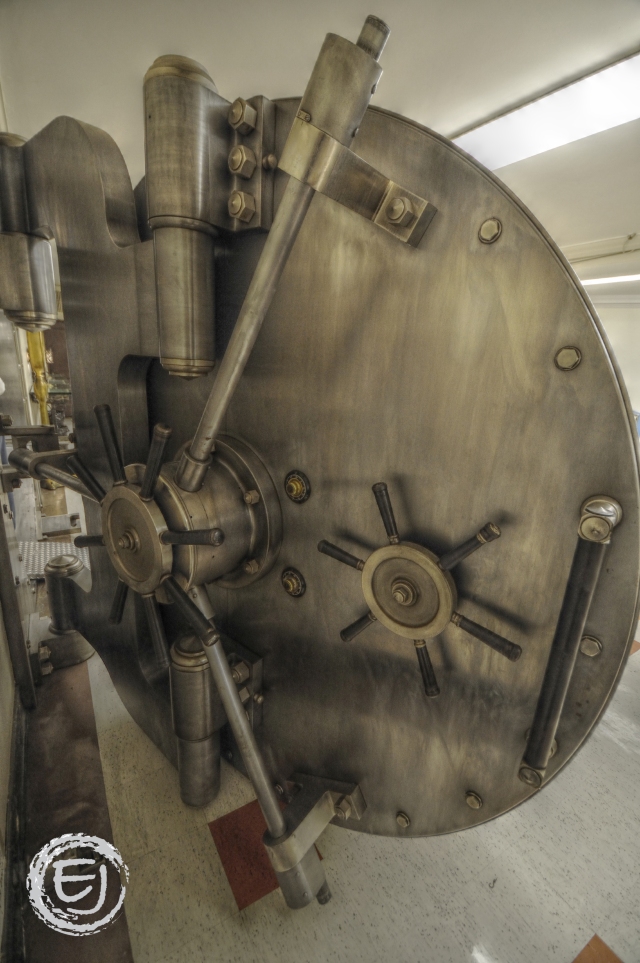