As Halloween is one of my favorite times of the year, I thought this year I would head out around Chicago and capture some shots of some of the most haunted (or supposedly haunted) places in the city. To start, this is a place that I find a little creepy myself. 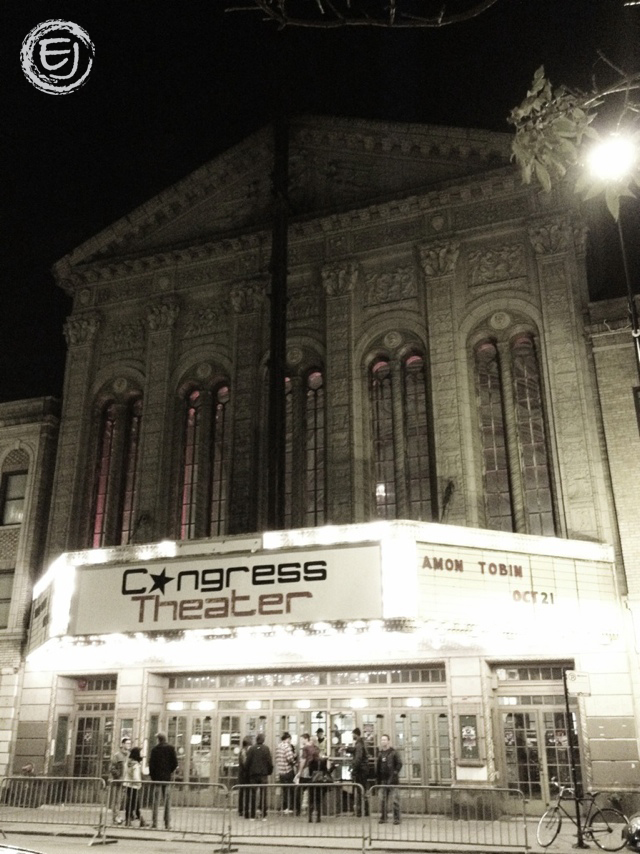 The Congress Theater was built in the ’20s, and Houdini performed at the palace in the ’30s. Local lore has it that the mob used to meet in the basement.

Author and owner of Chicago Hauntings Ursula Bielski said “Last year the Congress Theater was visited by the Ghost Hunters (T.A.P.S.) in search of an explanation for the apparitions, voices, and other phenomena that’s experienced there.”

Building manager Dylan Castle, who invited the famed paranormal researchers to visit, says that some of the venue’s workers have been so scared of the place that they quit. Among the suspicious hotspots:

The investigation of the Congress Theater took place on July 15-16, 2009, according to the date embedded in their camera footage and aired in Season 5 Episode 18 on October 21, 2009-Exactly 2 years ago today!! The investigative team for TAPS did have

occurrences of movement on the stage, footsteps and unexplained shuffling, a figure spotted walking around in the balcony, a bathroom stall door that seemed to slam by itself, banging noises in the basement, one investigator feeling like he was tapped on the back of the neck several times as he tried to go on the catwalk.

The Evidence: The building manager sat down with the TAPS team at the end of the show, able to explain away one noise that came across as a voice on a recording. A few of

the strange sensations in the basement and other areas explained due to high EMF (electro magnetic field) readings, faulty wiring, and machinery to run the venue but the personal experiences couldn’t be explained away. Either could a mysterious recording taken from a thermal imaging camera.

The heat signature in question seemed to move in a doorway of the seating near the balcony and go off in one direction as if it were either stepping out into the doorway or leering around the corner. A shy but dead concert goer waiting to see who was taking the stage? The former projectionist? Someone else?

TAPS never did say one way or the other that they had enough definitive evidence to conclude that Congress was haunted, but they didn’t say it wasn’t either. Only no one could explain that thing that seemed to be someone moving around.