Day 242: Rainbow in the Fountain 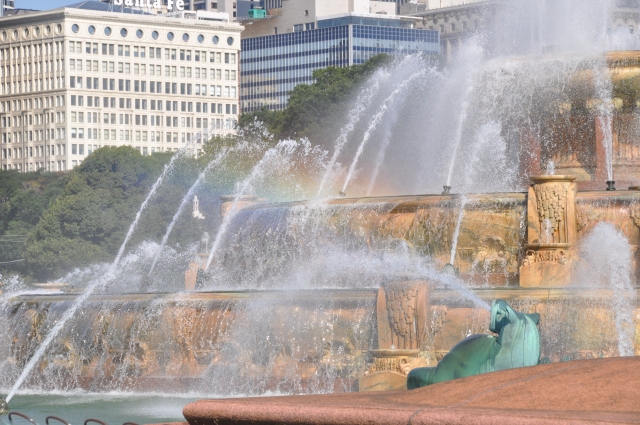 Buckingham Fountain, officially known as the ‘Clarence Buckingham Memorial Fountain’ is one of Chicago’s most popular landmarks. The fountain is located in Grant Park at the center of a formally laid out garden.

The design of the fountain is based on the ‘Bassin de Latone’ at theVersailles Palace near Paris and was built by Edward H. Bennett, who had also constructed the Michigan Avenue Bridge. The fountain rises more than 7 meters high (23ft) and consists of 3 layers of bassins surrounded by four pairs of bronze seahorses. Each sea horse symbolizes a state bordering Lake Michigan (Illinois, Indiana, Michigan and Wisconsin) while the fountain represents the lake itself. The statues were created by the French sculptor Marcel F. Loyau, who won the Prix National at the 1927 Paris Salon for it.

As the fountain jets spray and the sun rays hits the water, a rainbow appears.

This entry was posted in Architecture, Chicago, Historic Landmarks, Skyline. Bookmark the permalink.