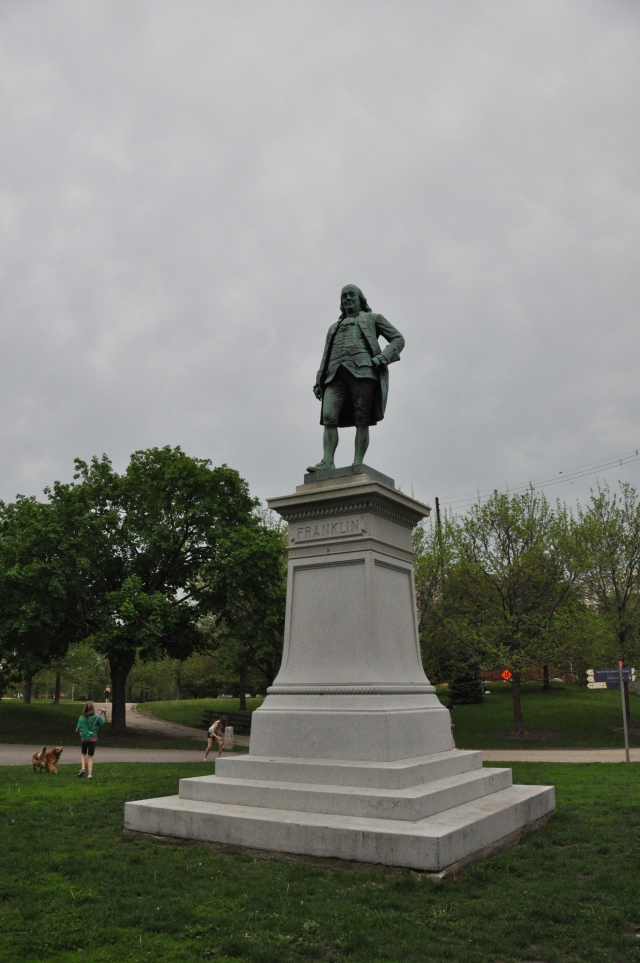 American founding father Benjamin Franklin (1706–1790) was a writer, philosopher,inventor, ambassador, politician and scientist who is best remembered for his famous kite-flying experiment which proved that electricity could be harnessed from lighting. He also made significant contributions to American journalism. In addition to improving the printing press, he was an accomplished author, newspaper editor, and printer.

Recognizing all of Benjamin Franklin’s contributions, Joseph Medill, editor of the Chicago Tribune wrote “I have deemed it a personal duty to keep his memory fresh in the minds of Chicago’s youth.” Along with the Old Time Printers Association, Medill hired sculptor Richard Henry Park (1832–1902) to create the Benjamin Franklin Monument. Park came to Chicago from New York to participate in the 1893 World’s Columbian Exposition. As part of the fair’s Montana Mining exhibit, he sculpted a solid silver statue. Among his extant sculptures is the Drake Fountain now located near 92nd Street and Exchange Avenue on Chicago’s South Side. 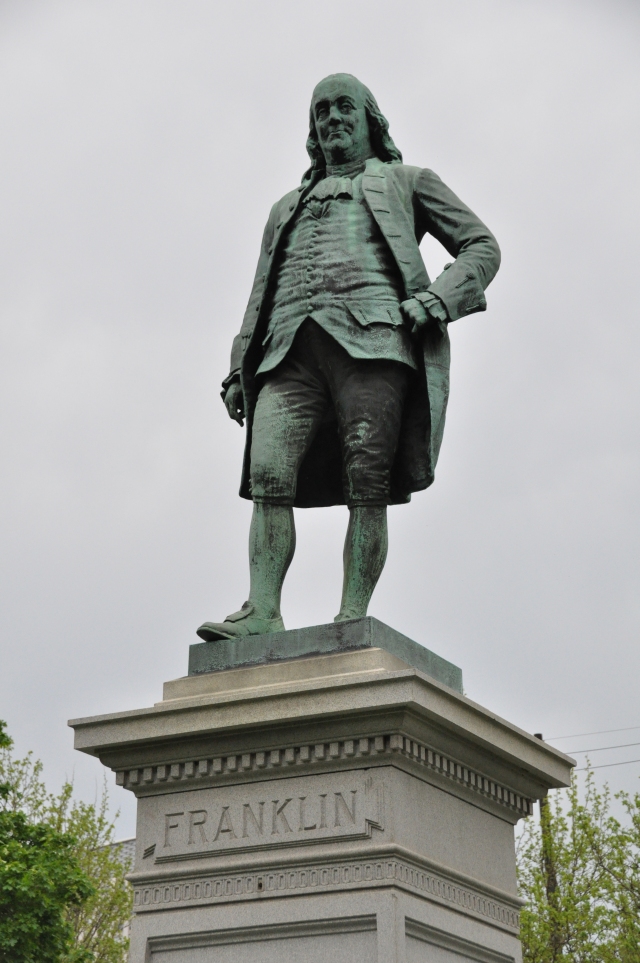 For the Benjamin Franklin Monument, Medill wanted “as faithful a reproduction of the features and form of this great American as the best talent can make.” Park complied by creating this nine-foot-six-inch tall bronze standing figure of Franklin depicted in Colonial style breeches, waistcoat and knee-length coat. The monument was originally located on the east side of the Lincoln Park Zoo near the South Lagoon. In 1966, the Chicago Park District moved the The Franklin Monument was originally located near Old Lake Shore Drive, now Cannon Dr., CPD Special Collections, ca. 1935.