Located on Navy Pier, this eight-ton anchor is from the third warship named after the city of Chicago.  The first “Chicago” was part of the Great White Fleet and saw service from 1889-1928.  The second was commissioned in 1931 and, after distinguished service in WWII, was sunk by enemy action in 1943 in the Guadalcanal area.  The third “Chicago”, from which this anchor was salvaged, was commissioned in 1945 as a heavy cruiser and, after WWII action, was coverted to a guided missile cruiser (CG-11).  She saw services in Vietnam and received the Navy Unit Commendation.  She was 671 feet long with a 71-foot beam, and displaced 17,700 tons.  She was decommissioned in 1980.

The anchor is dedicated as a memorial to each ship named “Chicago” and to the thousands of men and women who served their nation in maritime service. 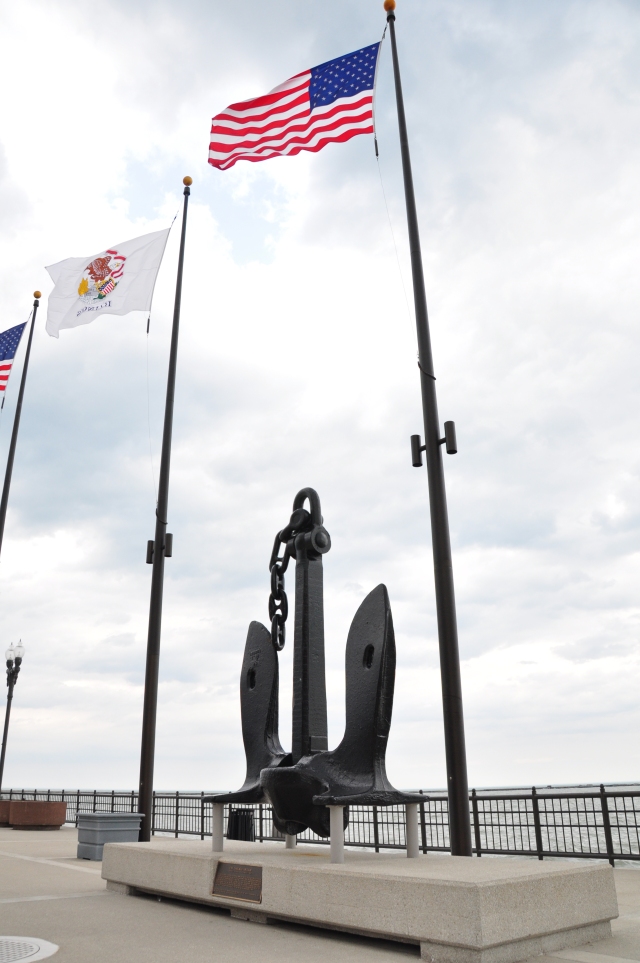 Anchor was donated by the Naval Historical Center, U.S. Navy.

This entry was posted in A Fallen Hero, Chicago. Bookmark the permalink.