Built in 1921, the Old Chicago Main Post Office is a nine-story-tall building in Chicago designed by Graham, Anderson, Probst & White. The official address of the Old Post office is 433 W. Van Buren, Chicago, IL.  The original structure was a brick-sided mail terminal building, still sited just east of the main building that engulfs Eisenhower Expressway as it turns into the Congress Parkway. Major expansion in 1932 added a total of nine floors for 2.5 million square feet of floorspace and as initially designed, it would have blocked the proposed Congress Parkway extension. As a compromise, a hole for the Parkway was reserved in the base of the Post Office and utilized twenty years later. In 1966 the Main Chicago Post Office came to a virtual halt when a logjam of 10 million pieces of mail clogged the system for almost one whole week. With Chicago rated worst in postal deliveries, a new Main Post Office was proposed for right across Harrison Street. In 1997, the old building was vacated in favor of the new, modernized facility. A February 2006 report by the General Accounting Office stated that it costs the government $2 million a year to maintain the retired building. In mid-2009 the building went up for bid and was sold to Bill Davies who now is the official owner.  The building was added to the National Register of Historical Places in 2001. 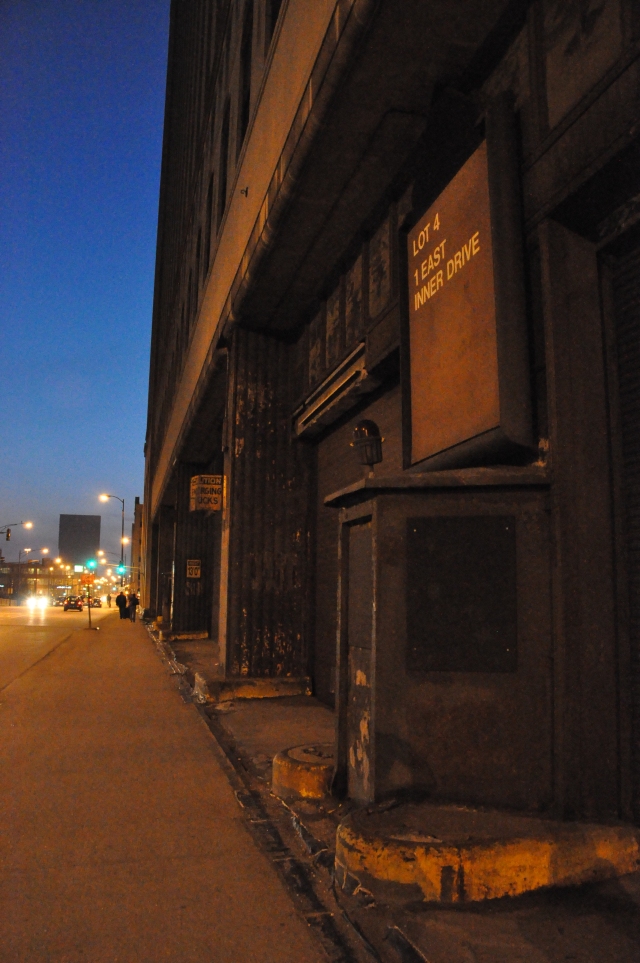 This photo was taken on Harrison Street facing West.