Day 6: The Wonder Theater of the World

Built in 1921, with it’s first performance being “The Sign on the Door”, the Chicago Theater is known as “The Wonder Theater of the World”.  It was the first large, lavish movie palace in America and became a prototype for all others that followed.  Due to economic factors, the theater became obsolete and was closed in Sept 19, 1985. On Sept 10, 1986, after a full restoration of the theater, it reopened with a stunning performance by Frank Sinatra. 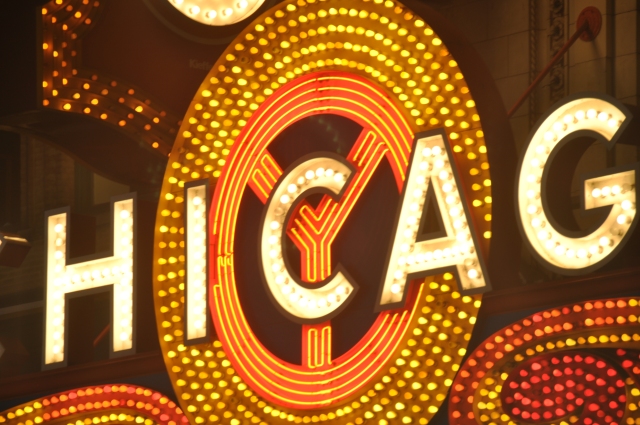 Today the Chicago Theater hosts a wide variety of tourists and well-known performers such as Van Morrison, Aretha Franklin, Harry Connick Jr., Dolly Parton and many more. The vertical “C-H-I-C-A-G-O” sign, nearly six-stories high, is still one of the few such signs in existence today.  The sign and the marquee are landmarks along State Street in Chicago.

This entry was posted in Uncategorized. Bookmark the permalink.